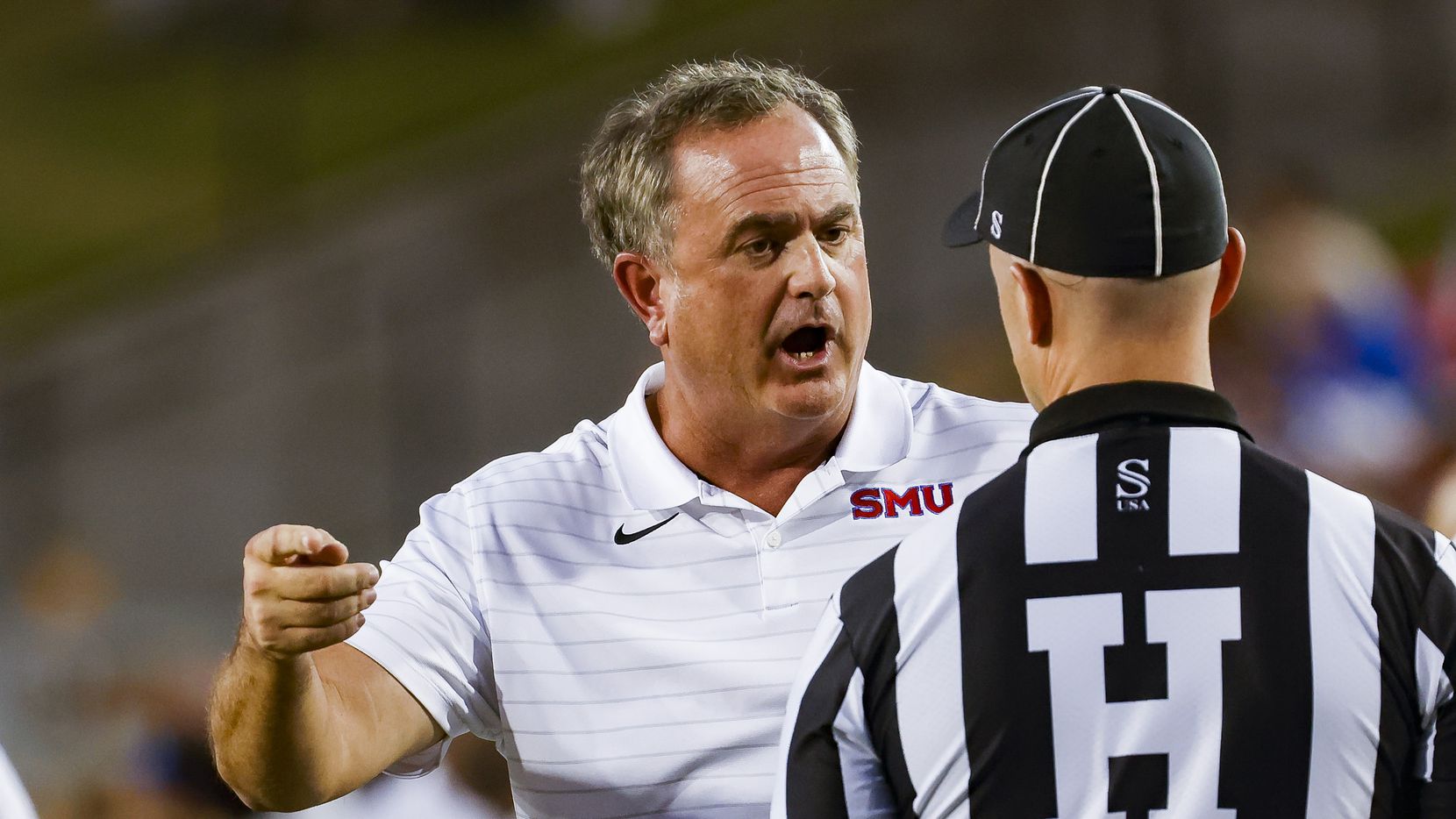 UNIVERSITY PARK — On Sunday, SMU head coach Sonny Dykes had to get something straight with his team. He had to address the elephant in the room.

“I think there was enough noise where it became necessary,” Dykes said.

For almost a month, the outside noise has grown louder and louder, indicating that Dykes would eventually leave SMU for Power Five pastures.

The noise reached a crescendo in the last week. TCU, according to a report from 247Sports, is “zeroing in” on hiring Dykes as its next head coach.

He is in a tough spot for the next few days.
W

Ray Williams said:
He is in a tough spot for the next few days.
Click to expand...

Between the transfer portal and the early signing day that puts schools making a coaching change in a bind, it's almost like 25% of the schools are still kind of trying to play for something, the rest are just going through the motions waiting for the year to end so everyone can make their next move.

Said it before, college football is becoming very NBA-like. The games and who wins or loses only grabs a tiny bit of the headlines. The big news is off the field stuff.......who is getting fired, who is going where, what players are going to transfer, what kind of deal are they getting, recruiting rankings, etc.