Amid reports that SMU coach Sonny Dykes could be on the verge of becoming the next head coach at TCU, the Mustangs lost a pair 4-star commits in the 2022 class on Wednesday as well as one 4-star commit in the 2023 class. Garland (Texas) teammates Jordan Hudson and Chace Biddle both decommitted from SMU, putting a huge dent in the Ponies' No. 56-rated class according to the 247Sports Composite team rankings. Cordale Russell of North Mesquite (Texas) also reopened his recruitment, with all of the announcements coming in a matter of minutes.

Hudson and Russell, wide receivers, and Biddle, a safety, were all recruited by SMU assistant head coach Ra'Shaad Samples. Biddle received an offer from Vanderbilt on Monday, whereas Hudson has not announced any new offers in recent weeks.

Hope Dykes is bringing Samples and swings those 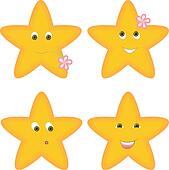 TopFrog said:
Hope Dykes is bringing Samples and swings those ****s to TCU.
Click to expand...

I know you intended those “****” to represent recruiting stars, but trying to fill that in with all manner of colorful superlatives was fun.

Jet Set Frog said:
I know you intended those “****” to represent recruiting stars, but trying to fill that in with all manner of colorful superlatives was fun.
Click to expand...