I have the first two because I’m a fan of the bass player, Tony Levin. He plays with Peter Gabriel, among many others.
Bozzio Levin Stephens is a bit more to my liking, but there is no doubt that LTE is awesome. I was not aware they had a third album. Thanks for sharing.

NORMLFROG said:
Doc, you're such a [ "illegitimate Baylor boy" ]! I've been going down the April Wine worm hole for a couple of days now. Saw them back in San Antonio in the early 80's on Halloween Night. You're right, Harder...Faster was a really solid album start to finish. They got a lot of play on 99.5 Kiss back in the day.
NF
Click to expand...

I have had an April Wine playlist playing non stop for a week. It has about 35 of my favorites, which includes the entire Harder...Faster and Nature of the Beast albums. I think Say Hello is one of the best songs that never really became a hit. I also have some songs from Live at the El Macambo from the early 70's. Not a lot of hits on the album, but solid songs that are not found on other albums. That was a concert where they opened for the Rolling Stones who went by a secret pseudonym so they could do a warm up show for their tour at a small venue without attracting a huge crowd. It would be so awesome to have gotten to see an early April Wine open for the Stones in their prime, especially in a small venue.
I had kind of ignored April Wine for a couple of decades after they had been my absolute favorite band. I have them back in heavy rotation on my playlists again. Great stuff.

I had pimped A Southern Empire earlier. They have videos!

I missed posting this on David Bowie's birthday, but this was an outstanding ad he did for a French water company. He's my all-time favorite act.

tcudoc said:
Not sure how I left Moving Pictures off of my original list. It was also one of the first albums I bought new from the store with my own money. I rode my bike seven blocks away to buy it at Gibson's. The only song I knew from it at the time was Limelight. I was instantly a lifelong fan of Rush and eventually owned all of their albums on vinyl and then bought most of it again on CD. Fair Warning is likely my favorite Van Halen CD because it has nostalgia for me. It was the first Van Halen album that I bought new when it first came out. I only "discovered" VH after they had already produced their first 3 albums. I was also able to see them in concert in support of the Fair Warning album. In addition, they were on heavy rotation on MTV with a couple of songs from the album.
I like and respect the Beatles and own a lot of their music (mostly compilations), but I never felt like they were really a favorite.
If you are a Beatles fan and a Cheap Trick fan, check out their live remake of the entire Sgt Pepper's album that they performed for a while (in Vegas, I believe). I have it on CD and DVD (yes, I am old). I am a huge fan of Cheap Trick and they really do a great job with it and bring along some supporting cast that give an assist on some of the songs. I really wish I could have seen it live in person. Cheap Trick and their singer Robin Zander are like Chameleons. They can do such a wide variety of music so well. They are probably in my all time top 10 favorite bands. They have such a huge catalog of really outstanding work. Most of it is unappreciated by the
Click to expand...

Can you honestly tell me you forgot? Forgot the magnetism of Robin Zander, or the charisma of Rick Nielsen?
Last edited: Jan 14, 2022

^^^This guy lured me back to this thread by quoting a post of mine. Good stuff posted here by a lot of people.

Went out to the shed with my oldest daughter and found my old album collection (she is into vinyl now and wanted to borrow some). I really miss the artwork associated with the albums we used to buy. Considering the albums have baked in the summer sun for 30+ years, some of them were still in pretty decent shape. Quite a few were warped, though.

gohornedfrogs said:
I missed posting this on David Bowie's birthday, but this was an outstanding ad he did for a French water company. He's my all-time favorite act. 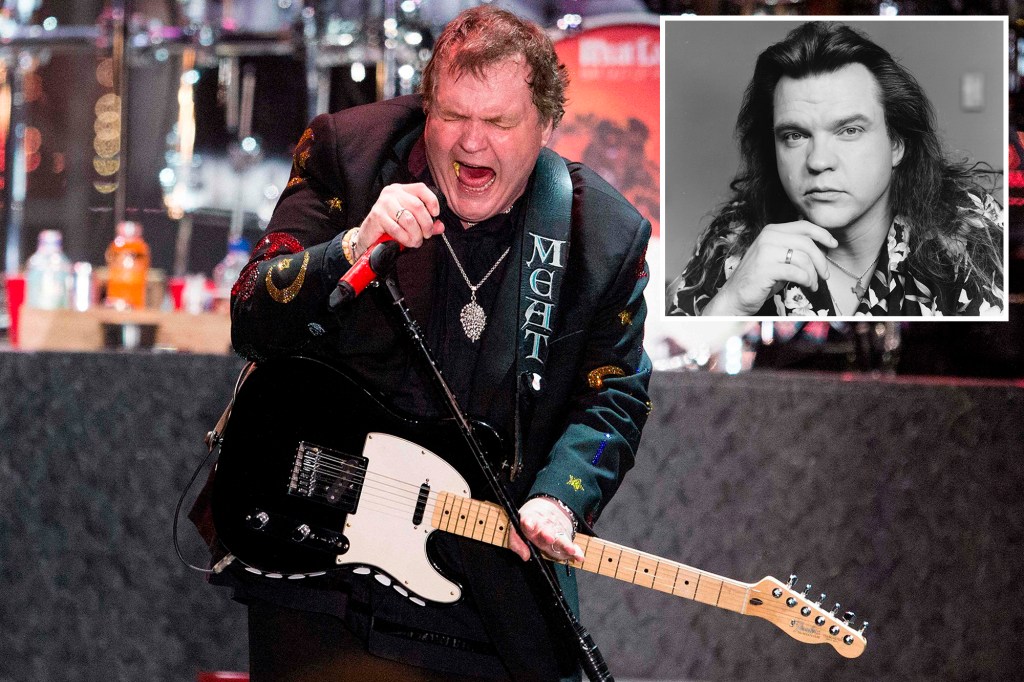 Meat Loaf was ‘seriously ill’ with COVID days before his death: report